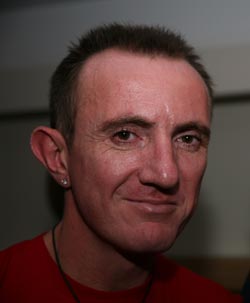 Gary Frisch
Gary Frisch (1969–2007) was one of the founders of the gay dating website Gaydar and of Gaydar Radio.

He was born in South Africa, and moved to 1997 with his partner Henry Badenhorst to set up QSoft Consulting, an IT consultancy firm. After a friend complained that he was too busy to look for a new boyfriend, Frisch and Badenhorst] launched the Gaydar internet dating website in November 1999 from their home in Twickenham.

He died in February 2007 having fallen from the window of his eighth-floor flat in Wandsworth.[1]