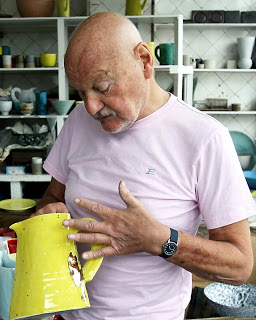 For almost 20 years Cooper focused on creating tableware for London restaurants. When the handmade look in ceramics lost popularity in the 1980s, he decided to give up series production and concentrate on the individual pieces for which he is now best known.

Cooper was the art critic of Gay News for 10 years. He contributed articles to many magazines and journals, and was a frequent broadcaster for the BBC. He sat on the boards of several arts organisations and was a member of the Arts Council of Great Britain.

In the late 1960s and 1970s, Cooper played an active role in the Gay Liberation Front and was a founder member of the Gay Left Collective. Sexual and gender politics were to remain among his dominant concerns.