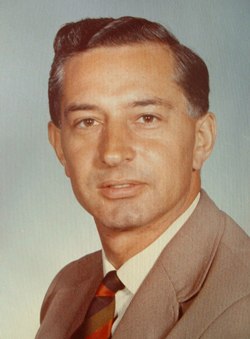 Derek Oyston
Derek Oyston (1930–2005) was a gay schoolteacher from Gateshead, who left a very generous legacy to CHE.

Derek was born on the 9th of February 1930, in Low Fell, Gateshead, the son of a teacher. He taught physics and later chemistry at Hookergate Grammar School in Rowland's Gill, County Durham for many years. He was well liked by the pupils, and was involved in many activities, including the annual sports day where he was the official time-keeper. He always helped out with school plays, but he oversaw the stage make-up rather than, say, lighting which one might have expected of the science teacher.

According to one of his former pupils:

"He always sat on a cushion in class - all the staff were eccentric, so it wasn't thought strange - but once when he was out of class, the cushion was thrown around and it burst open to reveal that it was stuffed with pink ribbon. The cushion was quickly reassembled and replaced, and I don't think he ever knew we'd seen the contents. We knew Derek lived with his mother, and we knew that our own mothers sometimes inflicted embarrassing things on us, so we just assumed the cushion was his mother's idea.
"Far from thinking Derek was gay, we really thought that Derek and the school secretary, Joan Porter, were an item. They certainly got on very well together and we often saw them talking and laughing together. Again in retrospect, they both had some involvement in out-of-school amateur dramatics, so that probably accounted for their friendship."

At some time during his teaching career Derek was the subject of homophobic abuse from some of the pupils, which probably led to his leaving Hookergate in 1971; he’d already had an extended absence (almost two terms) in 1966. In his later years he was dogged by mental illness.

Derek finally entered a care home, and died there on Monday the 7th of February 2005 (two days before his 75th birthday). He was cremated at Saltwell Crematorium, Gateshead a week later.

In his will he left the bulk of his estate (mainly the proceeds of the sale of 21 Cromer Avenue, Low Gill, where he had lived for most of his life) to the Campaign for Homosexual Equality (CHE). In Derek’s memory, CHE has funded the Derek Oyston Film Award (in conjunction with the London Lesbian & Gay Film Festival) and the Derek Oyston Achievement Award.[1]