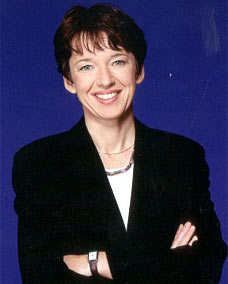 She lives with her civil partner Jacqueline Lawrence (a former television producer, now Chair of The Elma Trust) and their two children in West London and Oxford. They were listed under "glamour couples" in the Pink List 2008.

"Airey's career in commercial television began in 1985 after failing to land a BBC traineeship. Rising to become CEO of Channel 5, she left for BSkyB in 2002 before rejoining in 2008. Richard Desmond's takeover prompted her departure two years later but she remains a leading industry figure."[1]