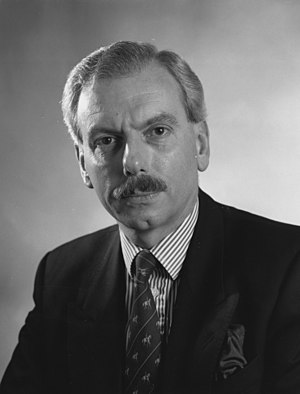 He was born and brought up in Kendal, and studied at Fitzwilliam College, Cambridge and the London School of Economics. He claimed to be an "excessively enthusiastic advocate of promiscuity",[1] liberating himself from his mother's intensity; she strongly disapproved of his homosexuality.[2][1]

As an historian, he has a particular interest in, and enthusiasm for, the Tudors, and has present television documentaries on this period.

Starkey lives with his partner, James Brown, a publisher and book designer. The couple have two homes: a house in Highbury and a manor house in Kent.[1]

In the 1990s he was chairman of TORCHE, the Tory Campaign for Homosexual Equality.

"The Tudor expert made it to No 4 last year, but in 2010 his notorious acid tongue finally obscured all academic prowess, with ex-culture secretary Ben Bradshaw ("The French take culture seriously. We have Ben Bradshaw") and female historians (writers of "historical Mills and Boon") among those on the receiving end."[3]