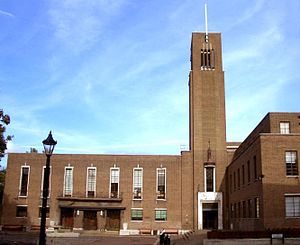 Crouch End CHE Group was founded in August 1972 by Derek Brookfield, as an offshoot of the Highbury and Islington CHE Group.[1] In 1973 it was renamed as the Haringey CHE Group.[2]