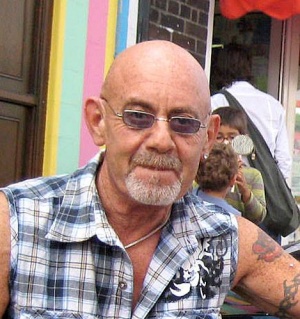 Barry Duke
Barry Duke (born 1947 in Johannesburg) is a journalist, atheist, gay rights activist and currently the editor of The Freethinker. In December 2011 he was announced as editor of the online magazine The Pink Humanist.

Duke began writing as a trainee journalist in his teens for The Springs Advertiser in 1964. After completing a course in photojournalism in 1967, he moved to The Star newspaper in Johannesburg working as an investigative journalist and The Star's chief court reporter. In 1973 he moved to the UK, where he continued to write anti-apartheid pieces for Argus Newspapers (now Independent News and Media).

In 1974 Duke joined publishing company Broadstrood Press whilst beginning to write regularly for The Freethinker. Leaving publishing in 1980, he began working as a public relations executive for British Transport Hotels. When the company was privatised, Duke left in 1983 to work for Citigate Publishing and pursue freelance work. In 1996, Duke left Citigate to look after a terminally ill partner, but continued to write freelance. In 1997, he took over as editor of The Freethinker, following the death of the previous editor.

Duke was involved in the Anti-Apartheid Movement and on arriving in the UK continued supporting the African National Congress.

Duke strongly opposed the Nationwide Festival of Light, and worked alongside The Freethinker and the National Secular Society to try to counter its effects and influence. In 1979, Duke was a founding member of the Gay Humanist Group, (now Gay and Lesbian Humanist Association) after Mary Whitehouse began a private prosecution for blasphemous libel against Gay News. After the founding of the Gay Humanist Group, Duke was very active in the promotion of gay and atheist rights and was also briefly the treasurer of the National Secular Society.