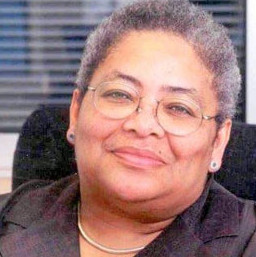 he was born in Jamaica, where she was raised by her grandmother until she was seven. In 1955 she moved with her family to London, where she was educated at Dalston county grammar school and studied medicine at London University.[1]

She worked for the NHS from 1964 onwards, mainly as a medical researcher. She was appointed director of equality and diversity at the Department of Health in 1999, and deputy director of the Centre for Inclusion and Diversity at Bradford University in 2005.[1]

Barbara Burford was active in feminist politics. In 1984 her play Patterns was produced at the Drill Hall theatre and her poetry was included in A Dangerous Knowing – Four Black Women Poets. In 1986 she published The Threshing Floor, a novella and collection of short stories.[1]