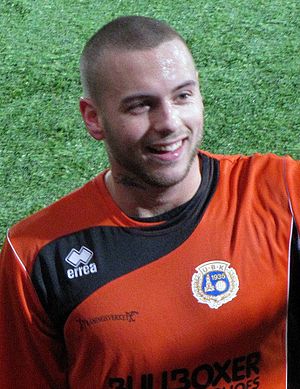 Anton Hysén came out as gay to a Swedish football magazine in March 2011. The Daily Mail has described him as the "first high-profile Swedish footballer to announce that he is gay" and as only the second active professional football player to come out, after Justin Fashanu in 1990.[1] The BBC called him "a global one-off".[2]

Hysén says he has had no problems with homophobia since coming out.[3]

Anton Hysén was ranked number 101 in the Independent on Sunday’s Pink List 2011.