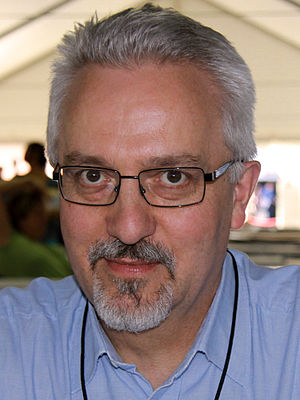 Hollinghurst was born on 26 May 1954 in Stroud, Gloucestershire, the only child of James Hollinghurst, a bank manager, and his wife, Elizabeth. He attended Canford School in Dorset.

Hollinghurst read English literature at Magdalen College, Oxford from 1972 to 1979, graduating with a BA in 1975, and a MLitt in 1979. His thesis was on the works of Ronald Firbank, E M Forster and L P Hartley, three gay writers. While at Oxford he shared a house with the poet Andrew Motion, and was awarded the Newdigate Prize for poetry in 1974, a year before Motion.

In the late 1970s he became a lecturer at Magdalen College, and then at Somerville College, Oxford and Corpus Christi College, Oxford. In 1981 he moved on to lecture at University College London, and in 1982 he joined The Times Literary Supplement, where he was the paper's deputy editor from 1985 to 1990.

In 2011 he won the Stonewall Writer of the Year Award for The Stranger's Child.

He was listed as "Lifetime Achievement Award" in the Pink List 2012.