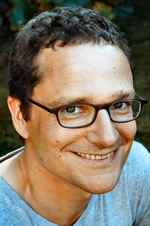 H G Cocks
H G Cocks (Harry Cocks) is a lecturer at Nottingham University. His main interest is in the social and cultural history of Britain since the eighteenth century, especially the history of sexuality, gender and the body.

Harry Cocks is a Patron of LGBT History Month.