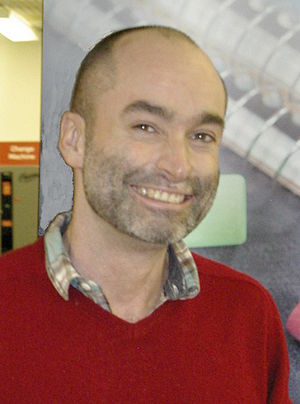 Matt Cook
Dr Matt Cook (born 1969) is a cultural historian specialising in the history of sexuality and the history of London in the nineteenth and twentieth centuries. He is Professor of Modern History at Birkbeck, University of London. He has a background in literary and cultural theory and a strong interest in cross- and inter-disciplinary work. He is an editor of History Workshop Journal and was previously Lecturer in Modern British History at Keele University.

Dr Cook became co-director of the Raphael Samuel History Centre (with Professor Barbara Taylor, University of East London) in September 2008 and is also a member of the steering committees of the Birkbeck Institute of Gender and Sexuality (BIGS); Birkbeck's Centre for Research in Representations of Kinship and Community; the cross-institutional Britain at Work project; and Living London, an oral history project by Stonewall Housing and Galop.