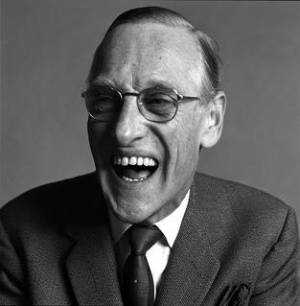 Wilfred Brambell
Wilfred Brambell (1912–1985) was an actor, best known for his part in the TV sitcom Steptoe and Son. Born 22 March 1912 in Dublin, he worked as a part time reporter and part-time actor after leaving school. Brambell had roles in TV and film from 1947.

He married Molly Josephine Hall in 1948. The couple divorced after his wife had a child by the lodger.

In November 1962 Brambell was arrested in Shepherds Bush and charged with importuning for immoral purposes. He was given a conditional discharge but the case was well reported in the national newspapers.

In later years Brambell used to visit Hong Kong and enjoy the gay scene there. He met and supported a Malayan young man, and the young man lived in Brambell's Pimlico flat for twenty years [1].

Brambell died as a result of cancer at his home in London, aged 72 on 18 January 1985. He was cremated on 25 January 1985 at Streatham Park Cemetery, where his ashes were scattered.