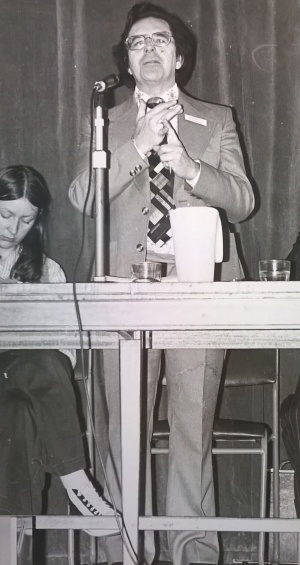 Wallace Grevatt in 1974
Wallace Grevatt (c. 1925–2003) was the first Chair of Croydon CHE Group and subsequently a member of the CHE National Executive.

He was also a noted expert on the BBC publication Radio Times: he owned the largest collection of copies of the magazine in the country and wrote a book about the radio show Children's Hour.[1]