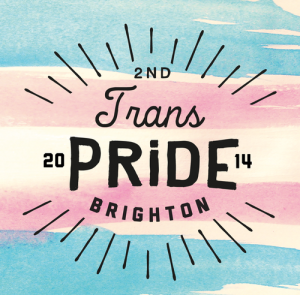 The 2014 event on 26 July included a march from the Marlborough pub in Prince's Street, along St James's Street, ending up at the festival in the New Steine Gardens. This was said to be the first Trans Pride march in Europe, and was reported to include 450 people.