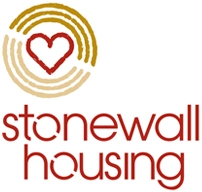 For other organisations using the term "Stonewall", and for its origin, see Stonewall (disambiguation).

Stonewall Housing is the specialist lesbian, gay, bisexual and transgender (LGBT) housing advice and support provider in England. The Stonewall Housing Association received a grant of £32,000 in 1984 from the GLC[1].

Its housing advice team provides advice and advocacy for LGBT people of all ages in London.

In July 2005 it launched a specialist domestic abuse service.

In March 2006 its services, originally aimed at gay men and lesbians, were extended to include bisexual and trans people.

Stonewall Housing can be accessed via LGBT Jigsaw.