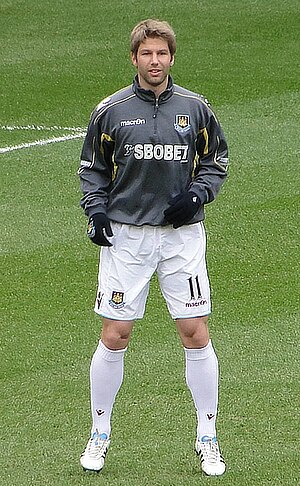 He was born in Munich, Germany. He played for Aston Villa from 2001 to 2005, apart from a brief loan to Chesterfield, and later played for West Ham and Everton. He retired from football in 2013.

In June 2007, Hitzlsperger split from his longtime girlfriend, Inga[1] just one month before they were due to get married.[2] On 8 January 2014, he became the first high-profile footballer to disclose that he is gay.[3][4][5]