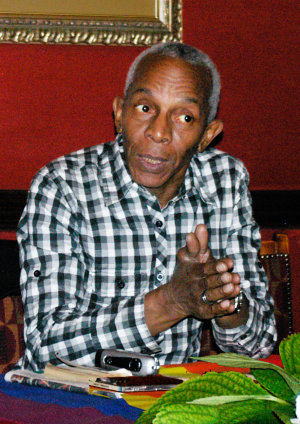 As an American-born teenager living in Deptford he had been confronted with racism, and he became increasingly isolated when he realised he was attracted to other men. His life changed when in 1970, at the age of 20, he joined the Gay Liberation Front (GLF). He lived for a time in a GLF commune, where he met his long-term partner Noel.[1] Since then he has been an active campaigner against both racism and homophobia, and founded the campaign group Black Lesbians and Gays Against Media Homophobia.

In 2007 he received a Life Achievement Award from the Black Lesbian and Gay Community Awards.

He was featured in the film Beyond Labels: Black & Gay in the UK, directed by Jaime Sylla for GMFA, which premiered at the London Lesbian & Gay Film Festival 2010.[2]

From 2010 onwards Ted Brown has been presenting an occasional series of musical evenings with Brett Lock, entitled Vinyl Closet.