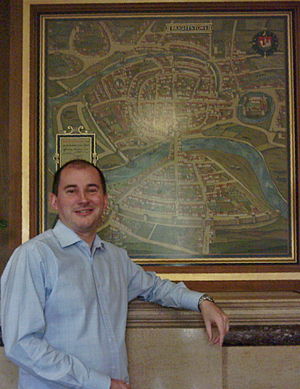 Stephen Williams grew up in Abercynon in South Wales. He read history at the University of Bristol, and qualified as a Chartered Tax Advisor. He was a county councillor in the former county of Avon and acity councillor in Bristol. He was elected as MP for Bristol West in 2005, and increased his majority in 2010, but lost his seat in the 2015 general election.

In 2006 he launched a campaign against homophobic bullying. Stonewall gave him their highest possible score based on their analysis of votes on gay equality legislation before Parliament between 2005 and 2010.[2]