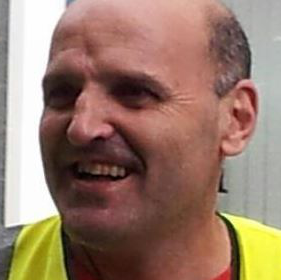 Steve Radford
Steve Radford (born 1957) is a Liverpool city councillor, and leader of the post-1988 Liberal Party (the remnant that was left behind when most of the historic Liberal Party agreed to join the Liberal Democrats).

In 2005, Radford was elected President of the Liberal Party after the previous leader, the former MP Michael Meadowcroft stepped down. Radford himself stepped down in 2009, being replaced by Rob Wheway, but Wheway served only a single year as President and Radford was re-elected to the position in 2010.[1]

Radford has spoken on platforms including Stop The War, The Democracy Movement, NO2ID, and Stop CPOs. He is openly gay,[2] a member of the Lesbian and Gay Christian Movement,[3] and has also spoken on behalf of Liverpool's Gay Village Business Association.

In the 2009 European Parliament Elections, Radford gained the approval of the Liberal Party to stand as a candidate for the "No to the EU – Yes to Democracy" electoral alliance in the North West England constituency.

In May 2011, Steve Radford called for improvements around Liverpool's gay quarter.[4]