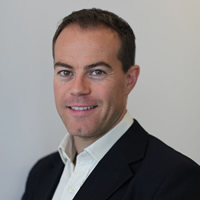 Stephen Frost
Stephen Frost is a Visiting Fellow and teacher at Harvard University. Prior to that he was head of diversity and inclusion for the London 2012 Olympics, where his team achieved unprecedented workforce inclusion and established new standards in supplier diversity.

Frost established the workplace team at Stonewall (2004-2007) and launched the Workplace Equality Index, now a global benchmark for organizations. A Hertford College Scholar at Oxford, Fulbright Scholar at Harvard and Fellow of the Royal Society of Arts, he advises the International Paralympic Committee and the Government of the United Kingdom on diversity best practice. Frost is also Vice-President of the Chartered Institute of Personnel and Development and recipient of the 2010 Peter Robertson Award for Equality and Diversity Champions.[1]

"As a senior Locog staffer, Frost has put in place fair selection procedures and ensured that the board hosts a Diversity Week. The introduction of lapel "Diversity pins", although small, have led to a discussion within sports that would otherwise never have taken place."[2]