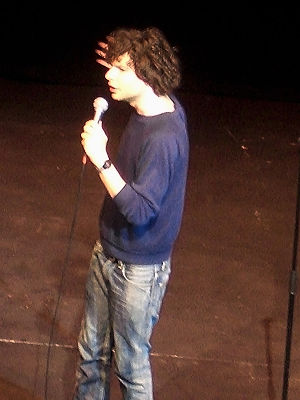 He was born in Gants Hill, Redbridge and went to school in Ilford. Coming from a Jewish family, he regrets having been circumcised as a baby.[1] He says he realised he was gay at puberty but only came out aged 20.[2]

"Only 30, Amstell is the king of the withering observation, but has put the music-panel show Never Mind the Buzzcocks behind him to focus on acting and performing. He's written and stars in an upcoming BBC sitcom, Grandma's House, and his live DVD is out in November."