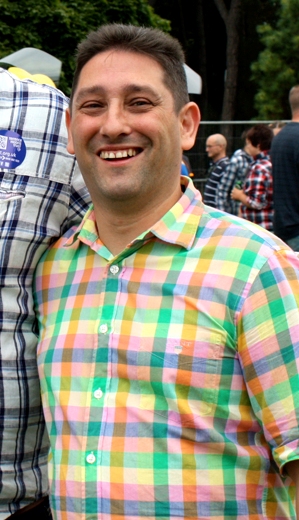 Rodney Berman, 2011
Rodney Berman is a Liberal Democrat politician. He was born and raised in Glasgow and studied at Glasgow University, before moving to Wales to study for a PhD.

"Ex-Liberal Democrat leader of Cardiff council. Berman is an openly gay politician and the first winner of the local politician of the year award."[1]

In 2006 he formed a civil partnership with former ITV News journalist Nick Speed.[2]

He received an OBE in 2013 for services to local government and the community in Cardiff.