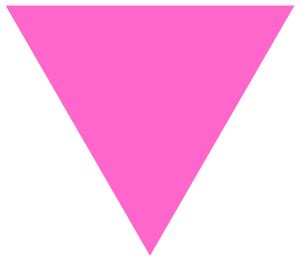 The Pink Triangle
The Pink triangle was the badge worn by male homosexual prisoners in Nazi concentration camps.[1] There was no direct equivalent for women since female homosexuality (as in other countries including the UK) was not specifically illegal; however lesbians may have been classed as "asocial" and would therefore have worn a black triangle.

From the 1970s onwards the pink triangle has been adopted as a symbol of gay liberation and to remind people of the suffering of gay people in the Nazi period. ACT-UP used it the other way up (with the point at the top) to signify an active fight back against intolerance.

The gay village in Newcastle is sometimes referred to as the "Pink Triangle".

Pink Triangle Products Ltd was a British audio manufacturer specialising in high end turntables. It was founded in London in 1979 by Neal Jackson and Arthur Khoubesserian, who were both gay. [2] 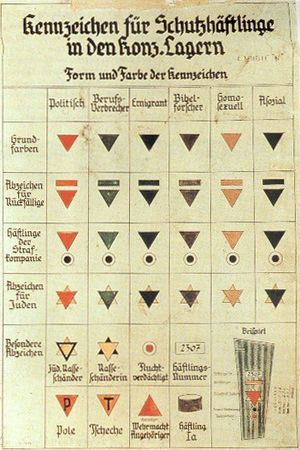