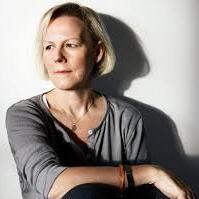 She grew up in Bristol, studied at Birmingham University, and spent five years working in BBC Television drama. Since 1989 she has directed many stage plays and operas. In 1999 she directed the Abba musical Mamma Mia and in 2008 she directed the film version, which by the end of that year had become the biggest selling film ever at the UK box office.[1]

"Lloyd directed one of 2011's most controversial films, The Iron Lady — a harrowing and powerful biopic of Margaret Thatcher. Previously, Lloyd had directed the UK's second highest-grossing film of all time, Mamma Mia!, as well as having an important career in the theatre."[2]