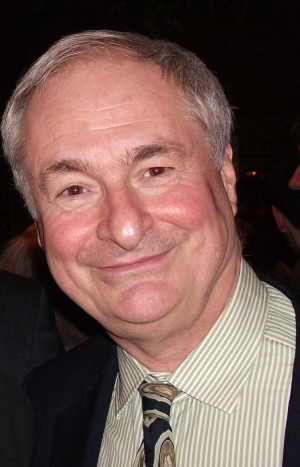 He was born in New York, USA, and educated at Dartmouth College and University College, Oxford. He then became the British correspondent for the American magazine Rolling Stone. Since 1973 he has been a radio presenter, on BBC radio and for a time on Classic FM.

He came out as gay during the 1980s; in June 2012, he had a civil partnership with Christopher Sherwood.[1][2] In 2013, Gambaccini revealed he had been highlighted as a potential security risk by the BBC earlier in his career due to his sexuality.[3]

"The music industry guru and radio DJ came out as gay during the 1980s and has been a supporter of a number of gay-related charities. In 1995, he was named Philanthropist of the Year by the National Charity Fundraisers for his work on behalf of the Terrence Higgins Trust."[4]

In November 2013 he was arrested and named following accusations of sexual abuse many years earlier.

"On Monday night, October 28, I attended an excellent production of the Kander and Ebb musical, The Scottsboro Boys, at the Young Vic theatre. It concerned a group of black men in Alabama in the 1930s who were falsely accused of sexual offences. Within hours, I was arrested by Operation Yewtree. Nothing had changed, except this time there was no music."[5]

In October 2014 the police announced that no charges would be brought.[6]