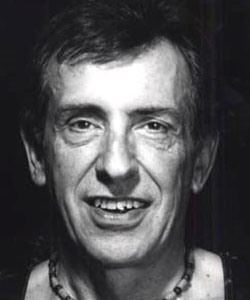 Nimrod ping
Nimrod Ping (1947[1]–2006) was an architect and politician, and heavily involved in Brighton Pride.

He was educated at High Wycombe and at Cardiff University, and worked as an architect at the Brighton Planning Department in the late 1980s.[2] He was one of the UK's first openly gay councillors, serving on Brighton Borough Council (now Brighton and Hove) from 1991 to 1999.[3] He became chairman of the Council's planning committee and of the licensing committee.

"Nimrod Ping used to go out with a female friend of his to clubs and bars and they would bet on a packet of peanuts who would get the man they most fancied."[2]

Originally a Labour Party supporter, he joined the Green Party a few months before his death.[4]

"When Labour won national power in 1997, we were expecting change, but things have gone the wrong way. They are too right-wing and have an absolute disregard for people’s opinions. The Greens are working to sort out problems rather than create more and I agree with almost everything they say."[5]