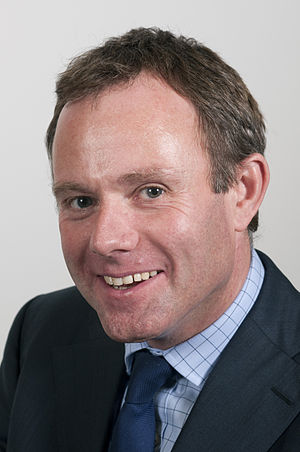 Nick Herbert MP, pictured May 2010
Nick Herbert MP (Nicholas Le Quesne Herbert, born 1963) is a Conservative politician. He has been MP for Arundel and South Downs, Sussex, since 2005.

He is thought to be the first Conservative MP to be openly gay when first elected.

On the formation of the Coalition Government in 2010 he was appointed Minister of State for Police and Criminal Justice. He returned to the back benches in the government reshuffle in September 2012.

In December 2012 Nick Herbert announced the formation of "Freedom to Marry", a pro-marriage-equality group of 19 senior Conservatives including Boris Johnson.[1]