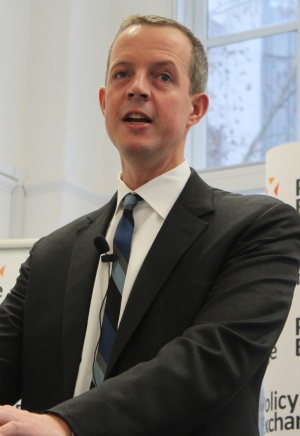 He founded the think tank Policy Exchange in 2002 and served as its director until 2007.

He was member of Parliament for Grantham and Stamford from 2010 to 2019. He was appointed a junior minister in charge of planning at the Department for Communities and Local Government in 2012.[1] He resigned from the Conservative Party in 2019.

Boles is openly gay.[2] In May 2011 he entered a civil partnership with an Israeli man, Shay Meshulam, whom he met on a Conservative Friends of Israel trip. He has claimed parliamentary expenses for Hebrew lessons so he could learn his partner's language.[3].

Nick Boles was ranked number 25 in the Independent on Sunday's Pink List 2011.