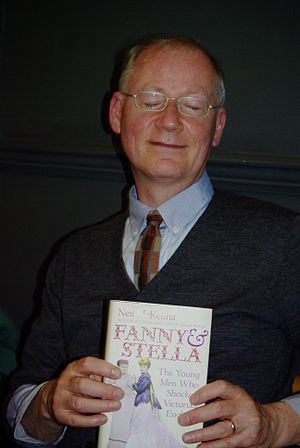 He has written for the Independent, the Observer, the Guardian and the New Statesman and for Channel 4 Television. He has also worked extensively in the gay press in Britain and the United States. He is the author of two ground-breaking books about men who have sex with men and AIDS in the developing world. His first biography The Secret Life of Oscar Wilde was a critical and a commercial success.[1] In 2013 he published Fanny and Stella about the Victorian cross-dressers Boulton and Park.

Neil McKenna has been interested in gay history since he was 15. He lives in London with his partner, Robert Jones, and their cat, Lupin.[1]