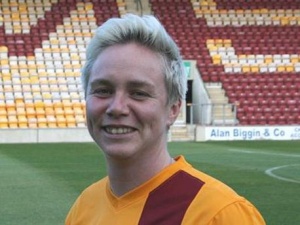 She was born Melanie Garside, but changed her name on her civil partnership with Gillian Wight in May 2010[1]

From 1991 to 1999 she played for Bradford City Women. In 1999 she moved to Doncaster Belles, scoring the winning goal in the FA Women's Cup semi-final. After playing for other north of England teams she returned to Bradford City becoming the club's captain and all-time record goalscorer.[2] In 2010–11 she became a goalkeeper.