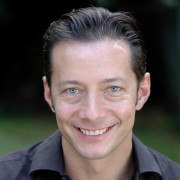 Matthew is a graduate in Philosophy and Sociology from Leeds University. Prior to joining GMFA Matthew worked as a freelance journalist and as an Education Officer for the Museum of London, where he devised and curated "Pride and Prejudice", the first LGBT lifestyle exhibition to be presented at a major UK museum. He joined GMFA in 1999, initially as a Project Worker for GMFA’s Research Group and Positive Campaigns Group. He became Project Manager for GMFA’s Mass Media Campaigns in 2001 and in 2006 he became GMFA’s Head of Programmes, with responsibility for delivery of all GMFA’s interventions. In 2013 Matthew became Chief Executive of HERO / GMFA.[1]

"Matthew joined the UK's leading charity dedicated to gay men's health in 1999 and recently became its chief executive. He is one of only a handful of public figures to be out as HIV positive. GMFA describes him as 'a devoted theatre lover and probably Jodie Foster's biggest fan'."[2]