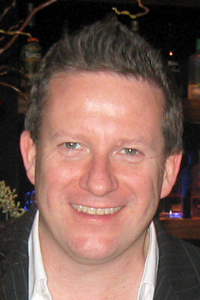 He was born in Hackney and went to school in Walthamstow. In 1982 he enrolled at the Laban Centre for Movement and Dance in Deptford, where he was awarded a BA in Dance Theatre. After graduation he co-founded the dance company Adventures In Motion Pictures (MPA).

He didn't admit to himself that he was gay until he was 18. He then rang the telephone number for Gay Switchboard which was printed on the sleeve of Tom Robinson's single "Glad to be Gay" and he was directed to the London Gay Teenage Group in Holloway Road, London.[1]

In 1995 the Independent included him in its List of 40 influential gay men: