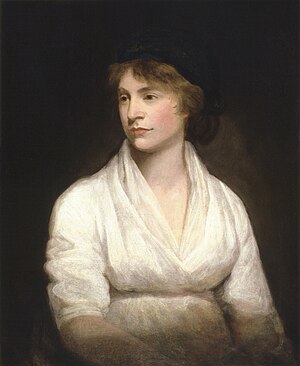 She had a number of close female friends, including Fanny Blood, "for whom she contracted a friendship so fervent, as for years to have constituted the ruling passion of her mind".[1] Fanny Blood's death was the inspiration for Mary's novel Mary: A Fiction which tells the tragic story of a heroine's successive "romantic friendships".

Mary Wollstonecraft had affairs with the artist Henry Fuseli and then with the American writer and businessman Gilbert Imlay, with whom she had a daughter. The affair with Imlay ended unhappily and she twice attempted suicide. In 1797 she married the writer William Godwin, but died shortly after giving birth to her second daughter (Mary Godwin, later the wife of the poet Shelley and the author of Frankenstein).