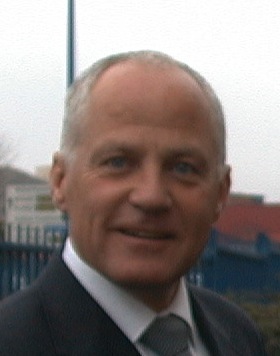 Michael Cashman in 2009
Michael Cashman (Michael Maurice Cashman, Baron Cashman of Limehouse, born 17 December 1950, London) is a former actor, now a Labour politician. He was a Member of the European Parliament for the West Midlands Region from 1999 to 2014.

As a child actor he was cast in the role of Oliver Twist in the original run of Lionel Bart's musical Oliver!, but he is possibly best known for his role as Colin Russell in BBC TV's EastEnders – a character remembered for being a participant in the first gay kiss in a British soap opera.

Cashman is a founder of Stonewall (UK), an Honorary Associate of the National Secular Society, and a Patron of The Food Chain, a London-based HIV charity. In the European Parliament he is Labour spokesperson on human rights.

A member of the Civil Liberties Committee, Michael Cashman has been a rapporteur on several key initiatives including an important initiative on funerals of those who die in third countries - an issue he was motivated to act on after the death of his own father.

In the Petitions Committee, where he is first vice-chair, Michael Cashman has been working on the so-called Spanish Land Grab crisis.

He is a trenchant critic of discrimination against minorities within the European Union. He has been leading a cross-party coalition to tackle the rise in homophobia throughout Europe. He has in the past supported the gay pride march in Warsaw, which he attended. He is also the President of the European Parliament's Intergroup on gay and lesbian issues. Cashman is a member of the ACP-EU Joint Parliamentary Assembly.

In line with current guidelines the European Parliament pays Paul Cottingham, with whom he is in a civil partnership, £30,000 per annum for his work as Cashman's "Accounts Manager, Personnel Manager and Payroll Administrator".

On 8 August 2014 Michael Cashman was appointed a life peer as Baron Cashman, of Limehouse in the London Borough of Tower Hamlets.

In 2007 Michael Cashman received a special service award from the American Association and an honorary doctorate from the University of Staffordshire for his human rights work. The same year he was elected MEP of the Year for Justice and Fundamental Rights by his peers.

partly based on a Wikipedia article: http://en.wikipedia.org/wiki/Michael_Cashman