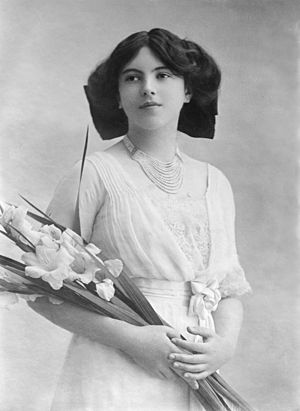 Her paternal grandparents were Grand Duke Michael Nicolaievich of Russia and Princess Cecily of Baden. Michael was the seventh and last child of Nicholas I of Russia and Charlotte of Prussia. Her mother was a granddaughter of Aleksandr Pushkin, who in turn was a great-grandson of Peter the Great's African protégé, Abram Petrovich Gannibal. Nicknamed "Nada," she married Prince George of Battenberg, later the 2nd Marquess of Milford Haven, in London, England, on 15 November 1916.

Nada and her sister-in-law, Edwina Mountbatten (wife of Lord Louis Mountbatten), were extremely close friends and the two frequently went together on rather daring adventures, traveling rough in difficult and often dangerous parts of the world. Rumours surrounding the nature of their relationship abounded.