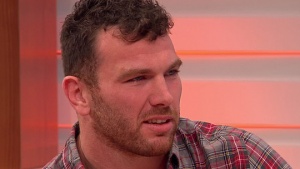 He is captain of Batley Bulldogs, having previously played for Bradford Bulls, Hunslet Hawks in 2008, Dewsbury Rams and Featherstone Rovers.

Hirst is divorced with two children.[1] In an interview with the Sunday Mirror in August 2015 he came out as gay,[1] becoming the first British professional rugby league player to do so.[2]