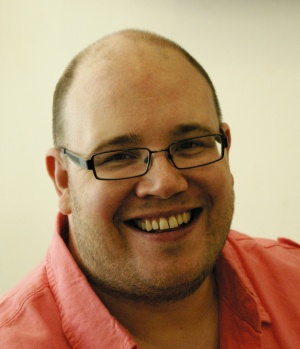 He is a former co-chair of the Gay and Lesbian Association of Doctors and Dentists (GLADD).[1] and a former trustee of the LGBT Consortium.[2]

He co-founded the National LGBT Health Summit [3] as well as being the primary organiser for the NHS presence at London Pride between 2005-2013.

Dr Varney was a founding member of the Department of Health Sexual Orientation and Gender Identity Advisory Group (SOGIAG) [4] and chaired the Better Employment Work-stream between 2005 and 2009. The SOGIAG produced a series of key documents from the UK Department of Health and NHS on LGBT health issues, these included:

A guide for young trans people [7]

From 2006 to 2013 he was consultant in public health medicine at NHS Barking and Dagenham. In April 2013 he joined the national Health and Wellbeing Directorate of Public Health England. At Public Health England he has led a series of programmes nationally primarily in Adults and Older People's Health, and has retained a leadership role on LGBT inclusion. As part of this role he has worked closely with the LGBT voluntary and community sector and the Government Equality Office.

In 2015/16 with the support of the MAC AIDS Foundation, he developed a multi-strand programme focused on addressing inequalities in health for black and minority men who have sex with men. [8] This project partnered with a wide range of LGBT community organisations and established learning sets of faith, BAME and LGBT leaders as well as developing the evidence base for interventions with BME MSM in a UK context.

While at PHE he has led work to improve their internal approach to LGBT staff inclusion, including writing their first trans inclusion policy, and his work led to the organisation seeing significant improvements in both score and ranking year on year. At PHE he instigated the first LGBT mentoring circle for LGBT staff in 2017/18, and developed the draft LGBT international travel policy.

Dr Varney has been co-author and primary author on a range of important LGBT documents, these include:

Dr Varney has also co-authored a series of peer review publications on LGBT health issues, these include:

Sexual orientation identity in relation to smoking history and alcohol use at age 18/19: cross-sectional associations from the Longitudinal Study of Young People in England (LSYPE).[15]

In 2017 Dr Varney was awarded the David Harvey Lifetime Achievement Award by GLADD for his contribution to improving the health and wellbeing of LGBT Communities and he was also awarded 2nd place in the LGBT Civil Servant of Year in the UK Civil Service LGBT Impact Awards.

In 2018 Justin was shortlisted in the Civil Service Diversity awards[16] for his work on LGBT issues in the civil service.

Justin was born in Australia but left aged 2yrs to move with his family to Holland for a couple of years before finally returning to the UK which has been his main home. He is one of two children. His family has also lived in Sweden for a period when he was an adolescent. He attended Bryanston School and trained in Medicine at St.Bartholomews' and the Royal London Hospital Medical School. He currently lives in South East London with his husband.