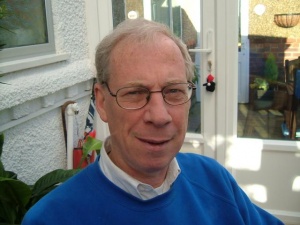 Jim Herrick
Jim Herrick (born 1944) is a Humanist and secularist. He studied history and English literature at Trinity College, Cambridge, and then worked as a school teacher for seven years. He has written or edited several books on humanism or the history of freethought.

Herrick is a trustee of the Rationalist Association[1] and was editor of its journal New Humanist for 18 years from 1984. He subsequently became literary editor of New Humanist until his retirement in 2005. He was the recipient of the second International Rationalist Award in 2002.[2]

From January 1977 until 1981, Herrick edited The Freethinker. He later wrote that publication's centenary history. He was a founder member of the Gay and Lesbian Humanist Association.

Herrick stepped down as a vice-president of the National Secular Society at the 2007 AGM,[4] but remained on the Council of Management until stepping down at the 2009 AGM.[5]