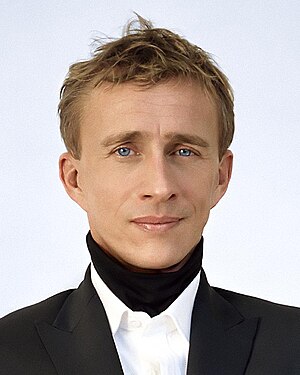 Jasper Conran's parents, the designer, Sir Terence Conran, and the author, Shirley Conran, divorced when he was two years old. He studied at the Parsons School of Art and Design in New York.

In 1994, he designed the wedding dress of Lady Sarah Armstrong-Jones, and has been prominent as a designer in fashion, tableware adn furnishings, as well as costume design for the theatre.

"The talented son of Sir Terence and Shirley has injected much-needed life into Debenhams' menswear range, and has been appointed chairman of the Conran Shop. Awarded the OBE in 2008 for services to fashion."[1]