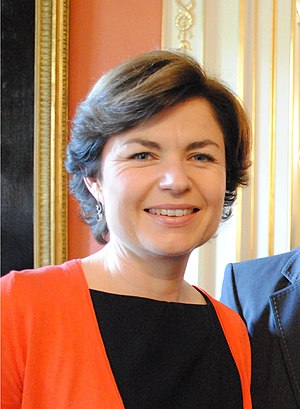 Jane Hill at a Downing Street reception in 2011
Jane Hill (born 1969) is a televison newsreader. She is one of the main presenters on the BBC News Channel, and also appears on BBC One. She occasionally presents The World Tonight on BBC Radio 4.

She lives in North London with her partner Sara, a camera operator, and they are planning a civil partnership.[1]

"Always open about her sexual orientation, Hill has been a presenter and BBC newsreader for many years. She has worked on many high-profile stories, including the elections of Barack Obama. She has presented the European Diversity Awards since 2011."[2]