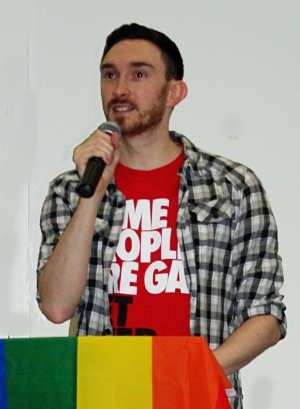 He was brought up in a quiet suburb of Bradford and now lives in London. He has worked as a journalist and a teacher.[1] In 2014 he became one of Stonewall's school role models.

He has written two novels: Hollow Pike and Cruel Summer, and Being a Boy, the ultimate guide to puberty, sex and relationships for young men.[2]