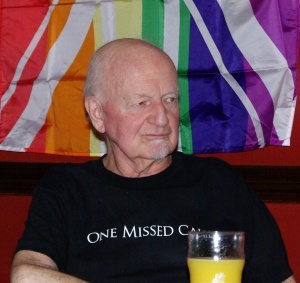 He had approaching 400 poems in print in anthologies, magazines and journals worldwide, and gave readings in Rotterdam, San Francisco, Houston, Sydney and Melbourne, as well as in London at the Oval House, the Cockpit Theatre, Motley College, the ICA, the Jermyn Street Theatre, and the Poetry Society. In 1984 Brilliance Books issued a set of ten poem cards The verse-cycle Woman with Camellias was performed by Jane Manning and the Endymion Ensemble (music by Robin Bone) in St James’s Church during the 1985 Piccadilly Festival. There are six published collections (most recently Blanche's Last Fling 2006), and five books on the Victorian poet (actually lesbian couple) Michael Field (most recently Binary Star 2006).

After a ten year silence he was writing again towards the end of his life.