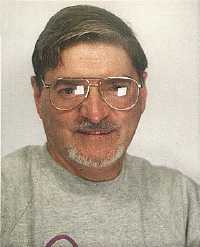 Ian Dunn began his work in gay rights activism after finding that the Sexual Offences Act 1967, which partially decriminalized homosexual relations between adult men, applied only to England and Wales and not to Scotland.

In July 1967 he wrote to Antony Grey, who was secretary of the Homosexual Law Reform Society (HLRS) in London. They met in London in September when Dunn asked about setting up a Scottish branch of the HLRS; Grey was less than enthusiastic, having experienced difficulties with the much more radical and grass-roots-based North-Western Homosexual Law Reform Committee, which was later to become the Campaign for Homosexual Equality (CHE).

In January 1969 Dunn organised the first meeting which led to the foundation of the Scottish Minorities Group (SMG), of which Dunn remained the de facto figurehead for many years. SMG's England-and-Wales equivalent, CHE, was getting established at just the same time, and the two organisations often collaborated.

In January 1971 he helped start SMG News and was its editor for many years.

He visited the United States and Canada in the summer of 1971 to find out how activism was organised in other countries.

Also in 1974 he helped to establish the Edinburgh LGBT Centre, the oldest such centre in the UK.

He joined the Labour Party in 1977. He had been active in labour organisations for some time, having worked for lesbian and gay rights through Edinburgh City Labour Party and the local government union NALGO.

In 1977 he became involved in the Edinburgh Books Collective, an organisation that opened a bookshop in Edinburgh called the First of May selling left-wing political and lifestyle books.

Dunn was an active Humanist minister and celebrated ceremonies of affirmation for lesbian and gay couples.

One of the Pride Scotia awards, the Ian Dunn Memorial Award for Activism, was named in his memory by Outright Scotland.

Based on Wikipedia article.