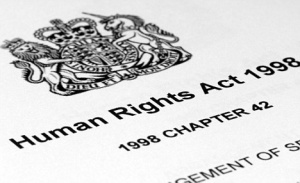 Section 21 (5) of the Act abolished the death penalty for the few offences for which it could still in theory be imposed (capital punishment for murder had been abolished in 1965).

Important cases under the HRA include:

In 2015 the CHE Conference voted to campaign against any repeal of the Human Rights Act.[1]