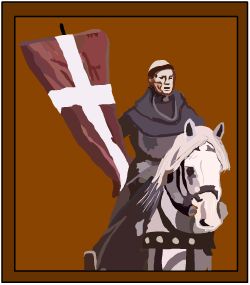 He went on a trip to Ireland and later accompanied the Archbishop of Canterbury on a trip all round Wales, recruiting men to join the Third Crusade.

He campaigned for Wales to have its own Archbishop (this was not achieved until the 20th century) and was several times unsuccessful in attempting to become Bishop of St David's.

His journeys enabled him to write books about Ireland and Wales. In his Topographica Hibernica (Topography of Ireland, 1187) he describes with disgust the practice of same-sex marriages amongst the Irish.

He claimed that William Longchamp, Bishop of Ely, was notorious for his homosexuality.