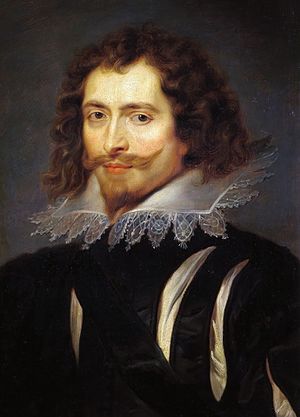 In 1614, Villiers, then said to be "the handsomest-bodied man in England",[1] was introduced to King James, who soon developed a strong affection for him, calling him his "sweet child and wife". He was initially supported by those who opposed the King's current favourite, Robert Carr Earl of Somerset. Over the next few years he was rapidly made a knight, baron, viscount, earl, marquess, and finally duke.

Restoration of Apethorpe Hall, Northamptonshire, in 2004–2008 revealed a previously unknown passage linking Villiers' bedchamber with that of James.[2]

Villiers took a leading role of many of the political and military events of James's reign, many of which turned out very badly, and he became very unpopular. According to some accounts he became the lover of Anne of Austria, Queen of France (whose husband, Louis XIII, is said to have been gay).

After James's death in 1625 Villiers remained in favour with James's son, Charles I, but he was assassinated in Portsmouth in 1628. 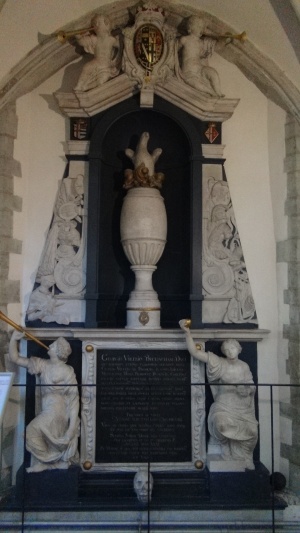