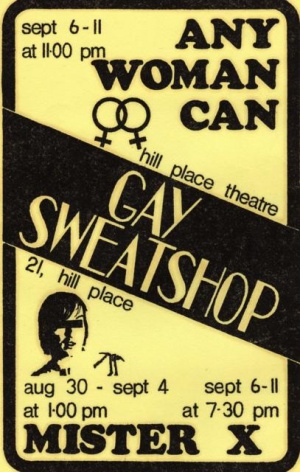 In 1975 Gay Sweatshop were invited to perform at the CHE conference in Sheffield. An Arts Council grant allowed them to put together Mister X, jointly written by the group and based on personal experiences and the book With Downcast Gays: Aspects of Homosexual Self-Oppression by Andrew Hodges and David Hutter. The play later went on tour.[1]