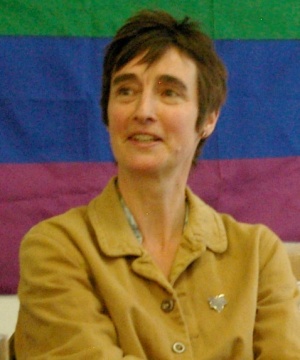 Fiona Shaw, at a meeting of the Rainbow Reading Group, Croydon, February 2013
:This article is about the novelist; for the actress, see Fiona Shaw (actress).

She was born in London and studied at the Universities of York and Sussex, completing her academic studies with a PhD on the American lesbian poet, Elizabeth Bishop.[1]

She lives in York with her partner and two daughters.

In February 2013 she took part in LGBT History Month events in Walsall[3] and Croydon.