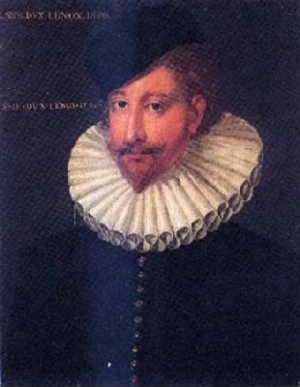 Stewart, then aged 37, was introduced to James when he began his personal rule at the age of 13, and was immediately very popular with the king. In 1580 James made him Earl of Lennox (reviving a family title that had become merged with the crown) and in 1581 he made him Duke of Lennox, the only Duke in Scotland at that time. Lennox was unpopular in Scotland for being a Catholic, and suspicions continued even after James had converted him to Protestantism. In 1582 the Scottish nobles captured James, held him prisoner in Ruthven Castle, near Perth, and compelled him to order Lennox to be banished. Lennox returned to France, but continued to correspond with James until his death.